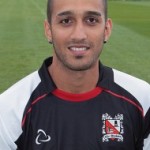 It has been a great start of the weekend for ’my’ teams overall.

Darlington were 0-2 down at half time against Clitheroe but turned around to a 3-2 win after two late goals from Amar Purewal. Darlington now have four wins in five games and things look good in the Evo-Stik First Division North. Amar Purewal has a good goal scoring record for Darlington and I would love if he will stay and help them to move up to Evo-Stik Premier Division.

Darlington now have two straight home games at Heritage Park in Bishop Auckland (against teams in the lower half of the table). With two wins in these games Quakers have put themselves in a very good position for the rest of the season.

Sweden got a very important win in Ireland (2-1) after goals from Johan Elmander and Anders Svensson. It was a rather crappy game in my opinion, with way too many unforced errors from the Swedish players. 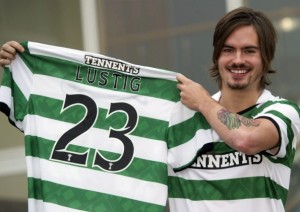 However, I think Sweden were much better than Ireland and got a deserved victory. However, they really need to decrease the number of missed passes. Mikael Lustig had a few, but also other players had some horrendous misses. An interesting fact is that full back Lustig has been involved in six of twelve goals so far for Sweden in the qualification.

Next Sweden travel to Kazakhstan and a victory is of course a must. In that case they have a great chance to take the second position in the group and getting a chance to qualify to the World Cup in Rio.

Lustig seems to have injury problems and I guess that he won’t start against Kazakhstan. I would play with Andreas Granqvist since I do not believe that Adam Johansson have the quality to start for Sweden. Johansson is a decent defender, but his season so far has been far from great. Granqvist is a defender with attacking qualities and I think he will do well as a full back. Moreover I would like to see Kim Källström back in the starting eleven. I guess I am the only Swede that thinks Kim should start, but I believe that he still is an excellent player and I think we need his offensive qualities against Kazakhstan.

Djurgården’s ice hockey team has done well in European Trophy and won against Brynäs yesterday.  I hope that this will be the season when Djurgården get things together again and qualify for the top division in 2014-2015. 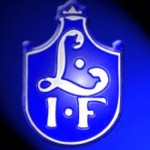 Today Ljungby IF have an important game away to BW90. LIF’s form is awful and I really hope that they turn around their loosing trend today.