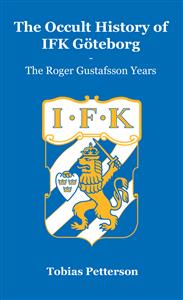 ike to watch and cheer for Swedish teams in Europe (I am one of those (melodramatic) fools that like all Swedish teams in Europe) and I don’t want to wait. So, until it happens again I rewinded the (Youtube) tape and took a look at the splendid IFK Göteborg (Gothenburg) team from the 1994-1995 Champions League season.

In the 1980’s and early 1990’s IFK Göteborg had very strong teams and between 1982-1993 they won the UEFA Cup twice, reached the semi finals of the European Cup/UEFA Champions League twice (if you could call the 1992/1993 season as a semi final, there were really none that season) and also reached the quarter finals twice. I remember much of this fantastic years for the club, but my absolute strongest memory were from my mid teens and the 1994-1995 season where IFK Göteborg managed to win an impossible Champions League group with Barcelona, Machester United and Galatasaray.

This was of course a great surprise, but at the same time, IFK Göteborg had seven players in the Swedish 1994 World Cup squad, including Magnus Erlingmark. A lot of credit must also be given to the manager, Roger Gustafsson.

IFK Göteborg started with a very hard away game in Manchester. They got a dream start with a Stefan Pettersson goal after 27 minutes, and after 2-1 down they got back into the game after a Stefan Rehn (Superstar) back-heel goal. However, Man United finally got away with a 4-2 win and no-one thought that IFK Göteborg could stand a chance in the group…

The first home game was against famous FC Barcelona and after a 2-1 win (goals from Magnus Erlingmark and Jesper Blomqvist) in Gothenborg the most optimistic supporters started to believe in something big.

After another Magnus Erlingmark goal, IFK Göteborg had four points in three matches (this was before a win was earned with three points) and the chances to qualify for the next round were suddenly not totally out of reach. But with two away games and a home game to Manchester United to go, few still thought that the Swedish team could stand a chance against Barcelona and Manchester United.

Magnus Erlingmark headed the only goal again and IFK Göteborg got a very convincing victory in a very hard away game. With two games to go they had three wins in four games and a very good opportunity to qualify for the next Champions League round. The two remaining games were tough ones though.

IFK Göteborg 3. Manchester United 1. Wow! Jesper Blomqvist was a star in Gothenburg and Sweden before this game, but after one goal, one assist, and one created penalty he had also made a big name of himself in Europe. The IFK Göteborg supporters couldn’t choose a better game for their banner announcing that Giggs is talk Blomqvist is action!

With one game to go IFK Göteborg had not only qualified for the next round. They were already group winners before FC Barcelona, Manchester United, and Galatasaray! Read about the game here (in Swedish).

Away to FC Barcelona, who had a lot to play for, IFK Göteborg couldn’t get anything, could they? Well, despite that they didn’t have much to play for they managed to get a 1-1 draw at Camp Nou.

Quarter Final: A very close one against Bayern Munich

The quarter final was against Bayern Munich and after 0-0 in Germany, Bayern Munich managed to reach the semi final (with the away goal rule) after 2-2 in Gothenburg.