FC Basel have a very strong team and have done well in Europe and in the league the last couple of seasons. They have only lost once this season (at home to Zurich) and impressed 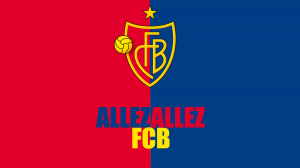 heavily with a win away to Chelsea in the opening game of the Champions League group stage. For me they should be favourites against an ever underperforming Schalke 04 and when we get 2.07 for Basel +0 (equivalent to draw no bet, DnB) I think we have great value.

There are no big injury worries in Basel. Fabian Schär hurt his knee on Saturday, but trained yesterday and will be tested late tonight. Basel’s coach Murat Yakin says that his attacking players are in great form, but some of them have picked up small knocks and he might rest someone to this game.

Schalke 04 is a big club with great resources but they constantly underperform in the German Bundesliga. They concede far too many goals to be able to compete with the best teams. They have a rather good record in Europe, but to this game I think they should be the underdogs. Their coach Jens Keller also admits that FC Basel should be the favourites in this game.

There are a few important players unavailable for Schalke 04. Star attacking midfielder Julian Draxler was missed out during the weekend but will probably be available. However, Christian Fuchs, Kyriakos Papadopoulos, Klaas-Jan Huntelaar, and Chinedu Obasi are all still injured and Jermaine Jones will not be picked.

Both teams usually score in their games and this could end 3-2 or something similar. I add a bet on over 2.75 goals in the game.