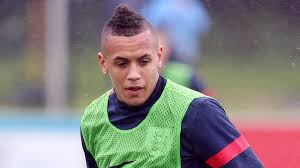 Ravel Morrison is said to be a great talent with a promising future. I haven’t seen him much at all and I cannot judge his abilities.

Sam Allardyce reputation as a manager is perhaps not the best (to say the least), and as a man it is probably even worse. We have all heard how he favours players that have Mark Curtis as their agent (at the moment Curtis either represents or has links with Allardyce, Kevin Nolan, James Tomkins, Jack Collison, Matt Jarvis, Andy Carroll, Jussi Jaaskelainen and Adrian). The connection between Allardyce and high transfer fees for Mark Curtis’ players seems obvious. I have heard about it before, but I haven’t really paid this any attention. Now it might be time to react!

The Guardian reports that Ravel Morrison has been out of favour since he did not want to sign for Mark Curtis. If anything of this can be proven true a lot of people have to take their responsibility and resign! First of all Sam Allardyce. West Ham’s fees to agents have have been high the last couple of seasons. Is there a connection to Sam Allardyce?

Ravel Morrison seems to join QPR on loan. I certainly hope for a great success and that his career will kick off tremendously from now.

More, and published a bit earlier than The Guardian, about the Ravel Morrison/Sam Allardyce/Mark Curtis-story can be found here.