When Marion Bartoli did extremely well and won Wimbledon without dropping a single set I thought my Twitter feed should explode with tributes to a great tennis player and athlete. Instead I got tweets like ”I don’t want a fatty to win Wimbledon!”…

I should have written a post about this at the time but didn’t have the time to do it then. Now, I just found this article in the great Public Shaming blog that collected hundreds of Twitter insults like the ones below

Bartoli you fat shit. I don't want an ugly bitch to win

Seriously hate Bartoli. You look like a man. Get your penis removed then come back and see if u can win Wimbledon.

If you even considered tweeting anything like that, and don’t regret it, I DO NOT WANT TO BE YOUR FRIEND ANYMORE.

Again, Marion Bartoli did extremely well and won Wimbledon without dropping a single set. That is what people should focus on! 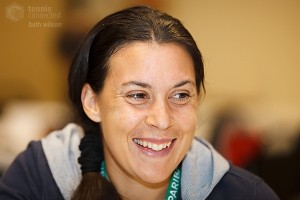