I have had some time off during the Christmas holidays and therefore time to share a few bets. The analysis in Chelsea vs West Ham was a big success and I had quite a few readers on that post. On Twitter I have had weaker results. The over 2.75 bet in Wolves vs Brentford resulted in a half win, but Manchester City -2 (at home to Burnley) resulted in a disaster and over 2.75 in Tottenham – Manchester United could be seen as a fiasco after 0-0. However, United should have scored at least once in the first half, and if that had happened the game would probably opened up.

Well, it is time for a few new betting suggestions from England and Australia! Read and enjoy.

Derby County have one of the stronger teams in the Championship and after a very disappointing away loss to tomorrow night’s opponents (in late November, Leeds got 2-0 at home and Derby failed to get a single shot on target). Since then, Derby have managed to get things together again. They have convincing wins at home to Brighton (3-0) and away to Birmingham on Boxing Day (4-0), an unfortunate 2-2 draw against Norwich, and a 2-0 defeat away to top contenders Middlesbrough.

Leeds United, on the other hand, have only managed to obtain one point in the four games after their win against Derby. With all the problems in and around the club I can’t see them get anything out of the game tomorrow night. Brazilian Adryan is believed to return to the starting eleven after been ruled out on boxing day.

I cannot see anything else than an easy home win here and have placed a -1 Asian Handicap bet on Derby. I got 1.92 at MarathonBet, but if you don’t have an account there (or perhaps is limited) I recommend 1.53 for the Derby -0.5 bet at Bet365 and/or 1.86 for a Derby -1 bet at Pinnacle Sports.

Ipswich Town are doing extremely well at the moment. They sit second in the table and they are the best home team in the league (W8-D2-L1). They have four wins in their last five (including away to Charlton) and come from an impressive 4-2 win away to Brentford and a 2-0 victory at home to Middlesbrough.

Charlton Athletic are not bad. In their last game they got 1-1 at home to Cardiff, despite being one man down for about an hour. Away from home they have drawn six of eleven games (W2-D6-L3), and are hard to beat. However, the Ipswich team is showing a lot of character and I am going for the tough -1 Asian Handicap line. Read a preview here.

During the Christmas holidays I have watched some football from Australia. Western Sydney Wanderers have not been able to combine the Asian Champions League (who they surprisingly won!), the FIFA Club World Cup and league football. Now they have time to focus on the league and they really need to start winning games after only three points in ten games. I saw their last loss away to Wellington Phoenix (1-0), and in that game they played well and were extremely unlucky to get nothing out (read and watch highlights here). Now they face a much weaker team and I believe that they will start a winning streak. It could be worthy checking the starting line ups. Star striker Tomi Juric is reported to leave the club, and he is important for Western Sydney.

Central Coast Mariners have eight points in twelve games (W1-D5-L6) and away from home they have four drawn games and two losses in six games. In their last encounter they got a 3-3 draw at home to Brisbane Roar and did not impress defensively. I believe that they hold much less quality than Sydney Wanderers and that the price is too much influenced by Sydney’s awful league stats.

West Ham United are doing extremely well and after two tough games against Chelsea and Arsenal I strongly believe that will get a victory again against a rather weak West Bromwich Albion. 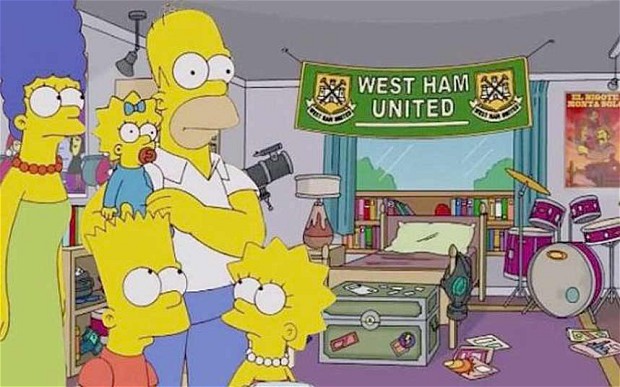